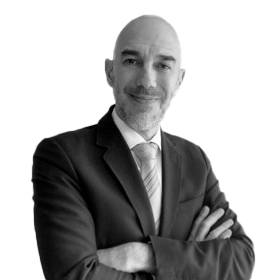 Jorge has over 20 years of experience, focused primarily on asset-backed financing, project finance, and other types of structured finance, including public and private securitizations of financial assets and other types of assets, financing with incremental efficiency derived from multi-jurisdictional tax attributes, structured leasing, real estate financing, restructurings, and workouts. He is an expert in M&A, Private Equity, and Real Estate transactions, including the development of partnerships for large-scale residential projects. In addition, he has represented trustees and common representatives of bondholders, as well as derivative and treasury products. Jorge is ranked as one of the best lawyers in banking and financial and capital markets matters in Mexico.
Jorge has a law degree from the Instituto Tecnológico Autónomo de México.